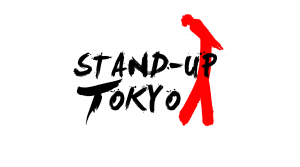 THIS IS A TRULY UNMISSABLE TREAT
The world’s oldest working stand up comedian, the hilarious, the incomparable…LYNN RUTH MILLER!!
OK, so we’re not going to go by the regular bio. It’s Alex here, trusty MC and showrunner of Good Heavens Comedy Club, and I’m here to tell you that if you only go to one of our shows this year, make it this one.
LYNN RUTH MILLER is 86 years old and the funniest person I have ever met or seen perform. I saw her at Top Secret in London doing a new material night and even then she was shining. Some of her past one-woman shows include:
– THIS IS YOUR FUTURE
– NOT DEAD YET
– GRANNY’S GONE WILD
– I NEVER SAID I WAS NICE
– ALZHEIMER’S ALZHEIMER’S CHA CHA CHA
So great. We are seriously SO excited to have her here and are trying to add an extra show so please buy tickets as soon as they become available.
She’s also an author, burlesque dancer, and more. An inspiring person who I recommend you meet just to improve your life.

For this show it’s only 2650 yen incl free house drink and booking fee for a TOP international headliner and local support. So, it’s a real bargain! Also, make sure you try the tasty pub food from the Good Heaven’s staff! We have lovely fish and chips to enjoy while you’re watching the rising stars of Tokyo comedy. We are proud to say the event is no-smoking, but you can smoke outside the venue during the break in the middle.